The man who has become synonomous with "WOW" is mourned tonight by the entire world; by so many people young and old. No one had touched so many so profoundly like Steve has with his imagination and beautiful products, one of which I'm using right now to compose this post.

When I first got word of Steve's death, I was numb. Everyone knew that he wasn't doing well, but no one expected him to leave so soon. I know it's odd since I never met the guy, but it felt like I lost a mentor.

To me, Jobs represented everything that's great about America. Her exceptionalism, her promise and her genius. His departure made me cry for my country and for her future. Inexplicably perhaps, but very real nevertheless. At a time with so much turmoil and divide in America, the last thing we needed right now was the loss of an American symbole of Greatness and Excellence.

But that's life for ya. 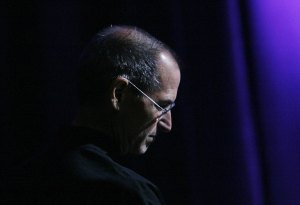